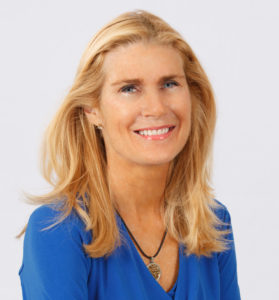 Began her career in business at Bankers Trust Company in 1978, after graduating from Vassar College in 3 years. While working at Merrill Lynch, Arlene decided to leave finance and become a real estate agent.

In 2000 Arlenemoved to Weichert Realtors where she has remained,producing over 1.7 billion dollars worth of real estate transactionsin 20 years, including a record $223m in 2020. In 2020, The Gonnella Team were the #1 Agents on the Midtown Direct Train Line in New Jersey.

The Gonnella Team have also been the #1 Agents in all of Essex County for 11 years, as well as the#1 Agents Nationally at Weichert, Realtors for 15 years! And that’s out of 18,000 agents! Arlene’s 35 years of experience and expertise is simply unmatched. She is incredibly patient and will move heaven and earth to help you!

Arlene is a supporter of the Valerie fund, St. Barnabas Hospital, AJC- Global Jewish Advocacy, Paper Mill Playhouse, Robin Hood Foundation, Millburn Film Festival, Family Promise, and the Cyan Gray Foundation. The cause closest to her heart is Avon Walk for breast cancer. She has helped raise $150,000 to date & walked 39 miles in Santa Barbara in 2012, in San Francisco in 2013, in Chicago in 2014 (where her daughter, Trish, was the keynote speaker), and New York in 2015. Her daughter, Trish, is a stage 4 breast cancer survivor, and fearlessly documented her journey to motherhood via surrogacy as a stage 4 cancer survivor in her documentary, Love Always, Mom. The documentary about the journey to the birth of her son, Grayson, won many film festival awards around the country and is now available on Amazon Prime!

Giving Back to The Short Hills Millburn Community

The GonnellaTeam is committed to supporting charities and non-profits that make the world a better place, both locally and nationally. We focus on three areas that are most important to us; Children, Health, and specifically Cancer related issues as they are closest to our heart, and Local charities, as we believe in giving back to the community that we’ve raised our families in and have loved for 35+ years! 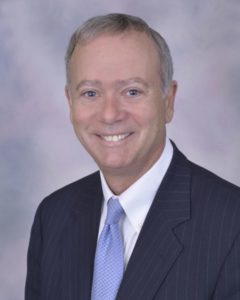 Graduated from Princeton University in 1976 and built a four bedroom colonial in Brewster, Cape Cod with his father.

He gravitated to Wall Street in 1977 and traded for institutional desks at Salomon & CSFB until 1994. Tom then made the switch to Financial Advisor and was employed by DLJ and Morgan Stanley until mid-2007.

Tom teamed up with Arlene, his wife of 31 years, in 2007 and has enjoyed his new career as a Realtor.

Tom’s use of thorough mathematical comparisons, complete knowledge of the Short Hills vicinity and detailed knowledge of construction bring a tremendous added value to our clients. 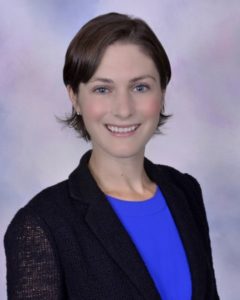 After graduating from Vassar College in 2003 Tricia worked in feature film production. Originally working for Michael Mailer Films in NYC and then, after moving to LA and earning her MFA from the prestigious USC Peter Stark Producing Program, for Miramax Films and most recently as a creative executive at Walt Disney Motion Pictures.

In 2011 Tricia was diagnosed with breast cancer but she didn’t let it get her down. While fighting her own battle she decided to help others fight theirs and has raised over $150,000 for the Avon Foundation to-date. Walking 29 miles in Santa Barbara in 2012 and 39 miles in San Francisco in 2013, Tricia walked 39 miles again in 2014 in Chicago to raise funds for Avon. In Chicago, Tricia was the speaker for the opening and closing ceremonies.

Tricia departed Disney and Los Angeles cancer-free in early 2013 to join the Gonnella Team. Tricia is involved with fundraising for St.Barnabas Hospital Cancer Center and The Valerie Fund. Tricia knows the true meaning of living and truly wants to help people find the home that fits their lives. 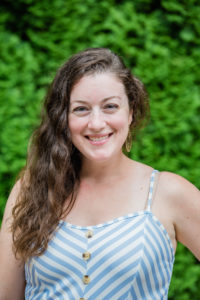 Lauren earned her degree at Middlebury College in 2005. She then went on to earn her Master’s in adolescent education. Lauren taught English Language Arts for 8 years and coached basketball in the Bronx before moving back to New Jersey with her husband to raise their daughters. Lauren and Brian were drawn to Summit because of the amazing schools, community and, of course, the proximity to Grandma and Grandpa. Lauren is a member of the YMCA, organized a co-ed adult basketball team, coached YMCA youth soccer, organized a neighborhood block party, and founded Green Summit NJ to encourage residents of Summit to take steps towards sustainability. Lauren has taken her children to wonderful mommy and me activities in the area such as music, art, storytime, gymnastics and swim class. Her experience settling in here with children will be hugely beneficial to our clients looking to make Millburn, Short Hills, or Summit their home. 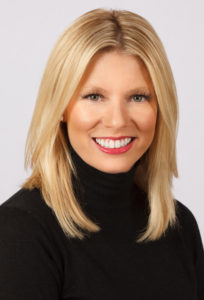 Jenni received her Bachelors degree in Merchandising Management from the Fashion Institute of Technology in Manhattan. After graduating with honors, Jenni sharpened her skills in investing, negotiating, and client relationships in world offinance. Her first position was at the Marwood Group/US Imaging where her top client recruited her to become a Corporate Bonds Broker at Cantor Fitzgerald. Jenni finished out her finance career at Wunderlich Securities.

Jenni resides in Milburn, NJ with her husband, Joe, and her son Wyatt. Wyatt has a little brother on the way! 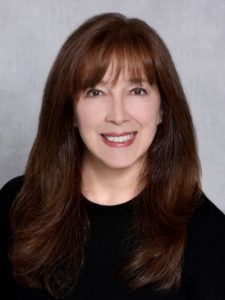 Amy brings a rare combination of analytical, real estate and sales experience to her role as a Sales Associate with the Gonnella Team at Weichert, Realtors Short Hills office.

In 2009, Amy became a New Jersey real estate salesperson, primarily because of her passion for real estate and love of her community. She enjoys meeting new people, envisioning a home’s potential, and exceeding her clients’ high expectations.

Beginning her career in public accounting, Amy gained detailed knowledge of all types of business operations. She later worked in the private sector for both a real estate investment management company and a real estate law firm. After a decade on the business side, Amy pursued a career in telecom sales where she immediately excelled. As a top producer, her superior performance earned her President’s Club recognition each year.

Amy attributes her success to her attention to detail, real estate knowledge, business acumen, and most importantly, the trust she earns from her clients.

Amy joined the Gonnella Team in 2016 because it shares her client-focused philosophy. Amy will work tirelessly to ensure that her clients find homes that meet their needs and fulfill their dreams!

A native New Yorker, Amy and her husband moved to Short Hills in 2004 to raise their young daughter. They are active members of the Short Hills community. 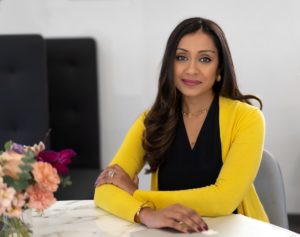 With over 10 years of residential real estate experience and a multi-million dollar sales volume in the NJ and NYC marketplaces under her belt,Rimais a successful and seasoned agent offering a modern perspective in today’s dynamic real estate market.Rima’s intuitive ability to find real value, savvy negotiating talent, feverish commitment, vast market knowledge, resources and relationships allow her to maximize opportunity and provide a seamless transaction for her clients.

Her real estate career began in 2009 in NYC with a boutique agency transacting over $30 million dollar condo deals both on the buyer and seller side. Upon moving to Short Hills, NJ, where she currently resides with her young family, she joined Prominent Properties Sotheby’s International Realty and quickly became a member of the #1 Producing Team in the Short Hills office, dominating luxury market sales in the town. In her tenure there, she successfully sold the highest priced home in Livingston history, closed over $60M of home sales in Livingston/Millburn/Short Hills, and was a top buyer’s agent representing over $50M in buyer sales.

She joins The Gonnella Team at Weichert at the start of 2020 as a member of the most reputable and top producing team in the local market. Sharing the team’s same relentless fervor, commitment and expertise,Rimais proud to join the the #1 team in Millburn/Short Hills market for the 14thyear, #1 Team in Essex County for the 10thyear and #1 Agents on the Midtown Direct Line in New Jersey in 2018 by sales volume!

Rimais a lifelong resident of NJ. Having been raised in Livingston, NJ,Rimahas intimate knowledge of the area, it’s schools, communities and history. Currently a resident of Short Hills, she is a mother of two young boys in the reputable local school system, deeply involved in her children’s recreational and academic lives and is an active social, school and township community member.Rimaprovides a uniquely insightful and meaningful “real” look at the local market. 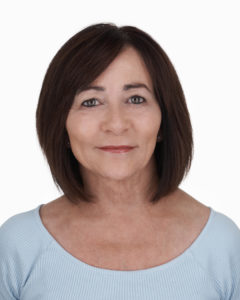 Stephanie is a sales professional with over 25 years of experience. She is extremely well-trained in both client services and areas of negotiation. Stephanie is dedicated to client satisfication with every interaction. She works extremely hard so that her clients are thrilled with her services! 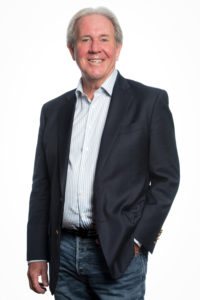 Tom Daly joins the GonnellaTeam with 38 years in institutional fixed income sales behind him. Tom joined Salomon Brothers in Philadelphia upon receiving his BS with honors in finance and economics in 1976 from Drexel University.

Tom has also worked at NomuraSecurities International, Morgan Stanley and Bank of New York Mellon. He specialized in the sales of both residential and commercial mortgages and mortgage backed securities. He is reuniting with TomGonnellaSr. after 30 plus years. Having overseen the construction of 3 of his own homes from architectural design to finished product, Tom has detailed knowledge of the process.

Through blending his experiences in finance, client relations and negotiation he is uniquely positioned to be an effective force for his clients in their pursuit of the perfect home. In Tom’s leisure time, he enjoys tennis, golf & international travel! 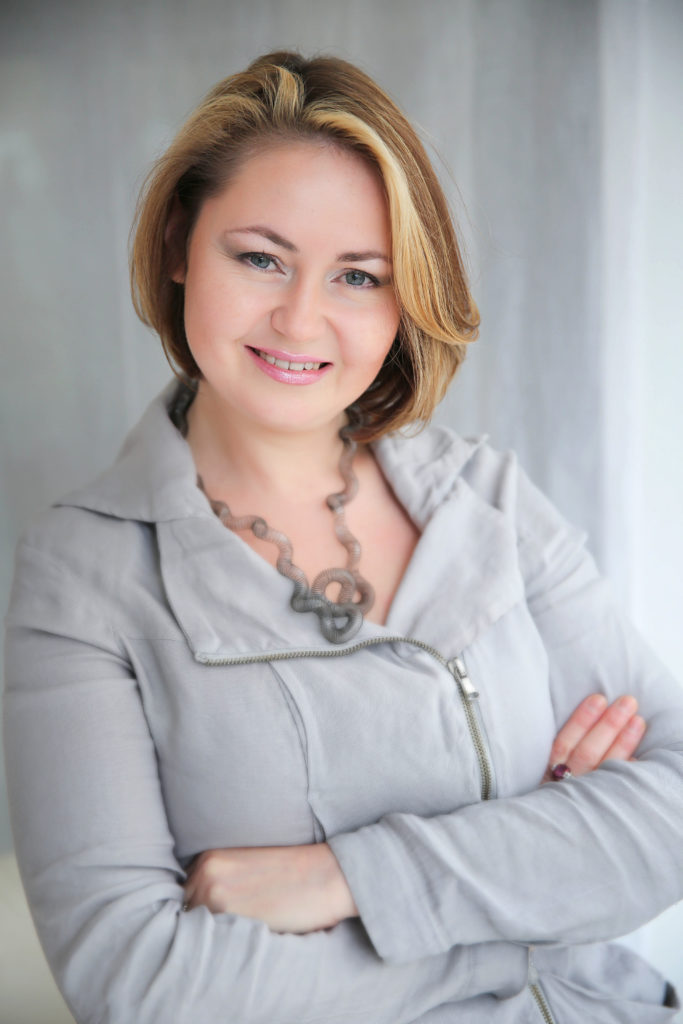 Joanna Shirin joins the Gonnella Team (Short Hills, NJ) with over 20 years of Interior Design experience working on large scale projects in NY, NJ and beyond.

She brings to her clients attention to detail, strong work ethic and extensive expertise in Home Construction, Interior Design, Project Management and Staging.

She has always gravitated to the arts, and so unsurprisingly studied in Jaņ Rozentāls Art School in Riga, Latvia (her hometown) and then in the Latvian Academy of Fine Arts, just prior to moving to New York City over 27 years ago.

Her love for capturing stories of places and people who occupy them led her to pursue a BFA in Interior Design from Parsons School of Design in NYC.

Joanna works incredibly hard for her clients, and is excited to bring that same passion into the real estate world, to help clients find their dream homes and achieve their home buying & selling goals! 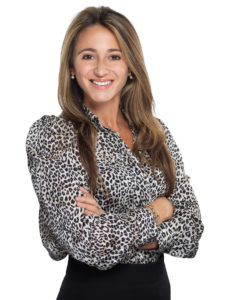 Nikki has a passion for real estate stemming from the satisfaction she gains through the interactions and relationships she forms every day. Born and raised in New Jersey, Nikki has always been familiar with the Short Hills/Livingston area, which is also the locale of her husband’s roots. While currently residing in Jersey City, the two are planning to move to the area themselves in the near future.

After Graduating from Syracuse University with a major in Marketing Management and minor in Public Communications, Nikki gained experience working for 3 years with Related Companies. There she performed on-site condo sales for new developments, most noticeably at Zaha Hadid’s prestigious 520W28 and Thomas Heatherwick’s Lantern House.

Looking forward to this new chapter of her real estate career, Nikki is excited join such a prominent and well-known team, while assisting both buyers and sellers to help them thrive with their real estate endeavors.